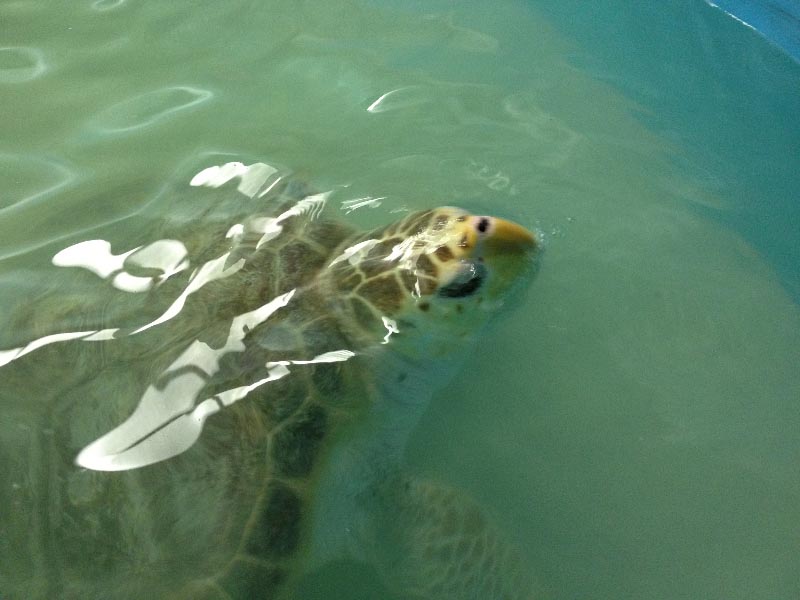 Savannah is a Loggerhead sea turtle, and like all sea turtles legally kept in the U.S. she is a rehab or rescue turtle. She was originally hit by a boat in the Florida area and, after several failed attempts at release, was permanently placed for educational display. Savannah was not able to control her buoyancy . She was originally placed at another facility where she was kept in a 200,000 gallon tank with sharks, and in that display she showed aggression toward both human and animal and seemed always agitated. Savannah was donated to our facility in 2012, and in wishing to determine her emotional issues, it was found that at the original reuse facility she was kept in was a relatively small pool and upon release attempts seemed to freeze up and simply sink to the ocean floor. Branson’s Wild World decided to try a similar situation at our facility, and placed her in a smaller enclosure. Results were immediate and now she can be worked with safely in the water and is very calm and feeds extremely good. Now handlers to interact with her and scratch her head. Don’t miss Savannah on your next trip to Branson’s Wild World.