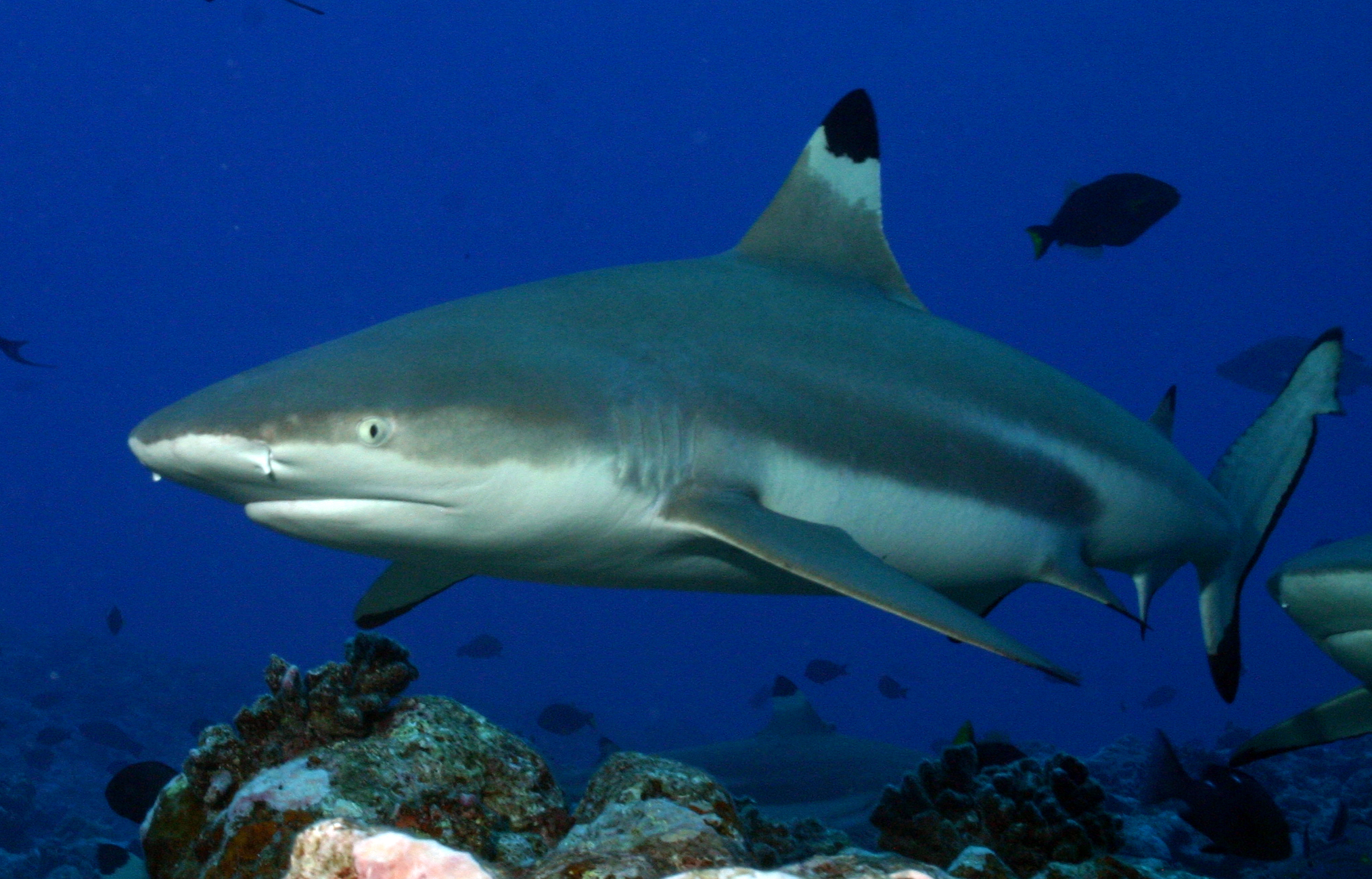 The blacktip shark is found in warm coastal waters around the worldâ€”where it often encounters people. The animal frequents bays, estuaries, coral reefs, and the shallow waters off beaches and river mouths. During summer some blacktip sharks migrate to typically cooler waters, including those off Cape Cod, Massachusetts, while others stay put in warmer equatorial waters year-round. Blacktips have been observed to live in sexually segregated schools except during the mating season.

Blacktip sharks are sometimes spotted above the water. They leap above the surface, rotate several times, and splash down on their backs. This dramatic display is sometimes part of a stealthy feeding method they use to strike at schools of bony fishes near the water surface. The sharks hurl themselves at the fish from below. Blacktip sharks supplement their diets with skates, stingrays, squids, and some crustaceans. These sharks have also been known to follow fishing boats and feed on discarded bycatch.

During more conventional breeding blacktips offer scientists a fine opportunity for observation. The sharks gather in aggregations to set up pup nurseries in shallow, near-shore waters. Female blacktip sharks produce four to ten live, free swimming pups per litter. They begin to reproduce at age four or five and continue to do so every other year throughout their lives, which can last longer than a decade. Young blacktips live in the coastal nurseries as juveniles, which likely helps them avoid predation from larger sharks.

But the shark’s preference for in-shore waters makes it particularly vulnerable to coastal development, which eliminates critical habitat such as nursery sites, and commercial fishing, which is particularly widespread in the southeastern United States, Mexico, and India. Worldwide, the blacktip is listed by the IUCN as near threatened, largely because it’s considered quite tasty and often targeted for its meat and its fins, which are used to make shark fin soup.