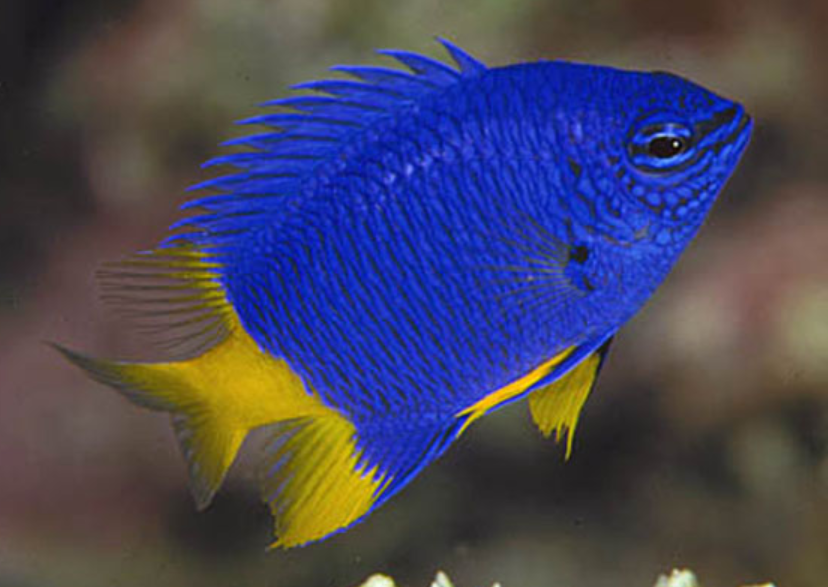 The Blue Damselfish is probably the best selling marine fish in the United States. Beginning hobbyists relish its hardiness and small size, while advanced aquarists praise the color and activity this member of the Pomacentridae family brings to the aquarium. Female Blue Damselfish are completely blue. Males, on the other hand, have an orange tail and are commonly called the Orangetail Blue Damselfish or Blue Devil Damselfish.

Native to reefs across the Indo-Pacific,  Chrysiptera cyaneais usually busy defending a small territory. Interestingly, the Blue Damselfish has the ability to hide in a hole or crevice and darken to an almost black color. This usually happens when it is threatened. After the perceived threat is gone, the Blue Damselfish will return to its electric blue color in a matter of seconds.