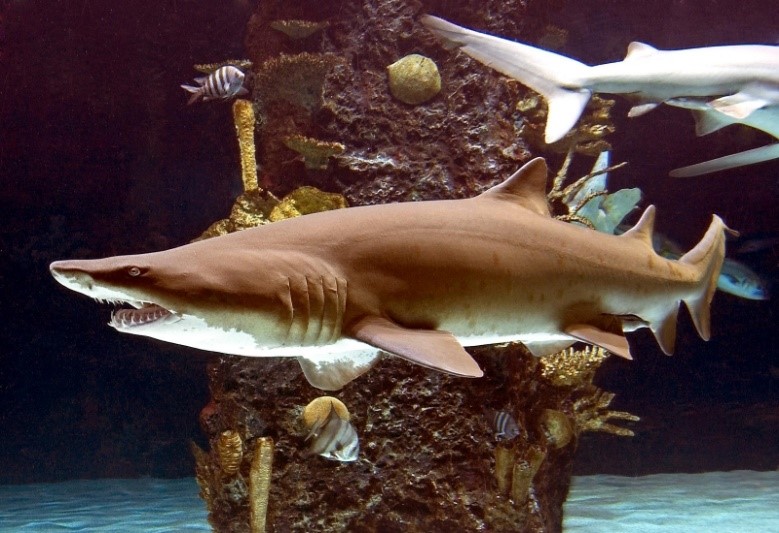 The Sandbar (Brown)  Shark gets its common name from the sandy and muddy flats, bays & estuaries in which it’s found is also known as the Brown Shark. They are moderately large sharks that measure up to 2.5 meters in length.  Sandbar Sharks can weigh anywhere between 45-90 kilograms as adults. Sandbar Sharks are stout sharks with long, round snouts and high, triangular, saw-edged upper teeth. Sandbar Sharks can be found in subtropical waters in the western Atlantic.

Sandbar Sharks are found in inshore & offshore waters, on continental & insular shelves as well as in deep water. This species is also common in bays, river mouths and harbors; however, it avoids the surf zone & beach areas. It spends most of the time in water from 20-65 meters deep but undoubtedly moves into deeper water to undergo migration.

Information and pic collected from http://otlibrary.com/sanbar-shark/