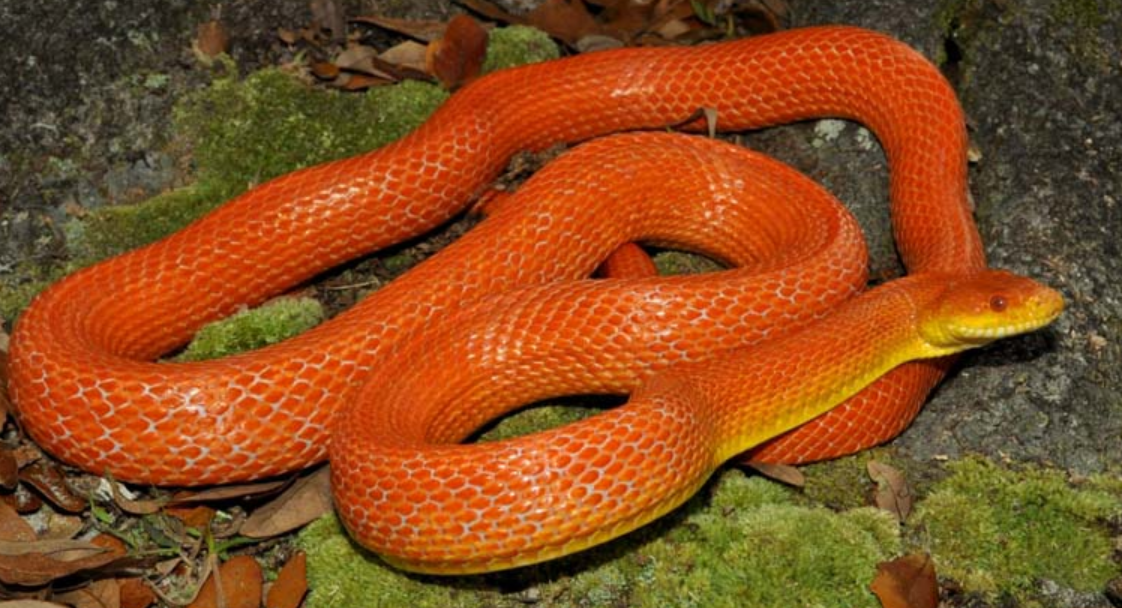 Some of our stock originates from Bill and Kathy Love’s old colony, which descended from another breeder named Marcia Lincoln. Lincoln reportedly acquired a particularly beautiful wild caught  specimen  in the late 1970’s or early 1980’s and selectively bred the offspring for orange coloration. We also handpicked a stand out baby from a clutch of offspring being sold by the now defunct reptile wholesaler Burgundy Reptiles. This baby showed exceptional pink coloration and we anticipated that it would grow into a beautiful adult, which it did.

Over the years, extensive field experience in South Florida has allowed us to observe many hundreds, possibly even thousands, of rat snakes in the wild. We have retained a few stand out examples for our colony. Our adults tend to have bright orange background coloration with barely discernable stripes. The chins and throats are usually some shade of yellow or white. Many of our hatchlings show a pinkish hue, which intensifies into orange with age. The “true” Everglades rat has become somewhat of a myth among herpetoculturists. At Sunshine Serpents, we are working to make that myth a reality.

Pic and info from http://www.sunshineserpents.com/