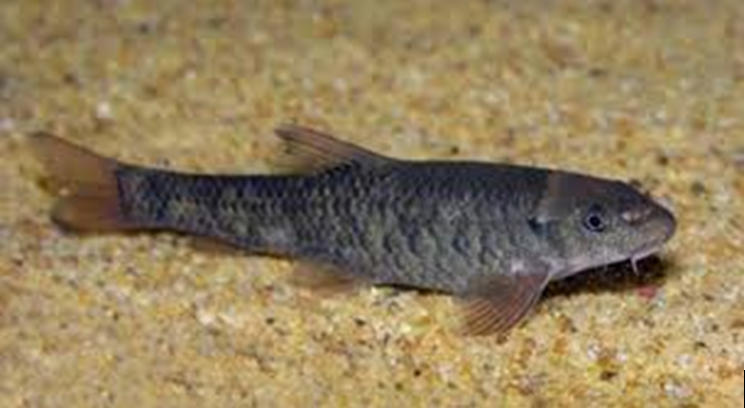 The Garra Rufa, most commonly known as the Doctor Fish, but may also be referred to as Nibble Fish or Kangal Fish.   These fish originated in the river basins of the Northern and Central Middle East, mainly in Turkey, Syria, Iraq, Iran and Oman. Typically these fish reside in small muddy streams, rivers and lakes. However, they are also common in natural hot springs and pools with water temperatures up to 99 degrees.

These harmless little fish do not get much longer than 4 to 5 inches.   They do not have any teeth but are well known for nibbling on algae, phytoplanktons and zooplanktons.   However, their food source may be rare at times due to the high temperatures of the water they live in.   In the early 19th century, two Turkish brothers discovered these fish nibbling on their feet while soaking in a hot spring.   Over time, one of the brothers was cured of a skin disease due to these little fish feeding on his feet.   Since this discovery, these fish have been integrated in many spasâ€¦ feeding on the dead scrappy skin.   Reports claim that these fish are effective in curing skin disease, joint disease, muscle trauma, rheumatic and neurologic disorders. However, this practice is banned in several of the United States and Canadian provinces as cosmetology regulators believe the practice is unsanitary.   Currently, the Garra Rufa fish are a legally protected species in Turkey, as the government does not want the fish to be over harvested and/or exploited for the use in fish spas.