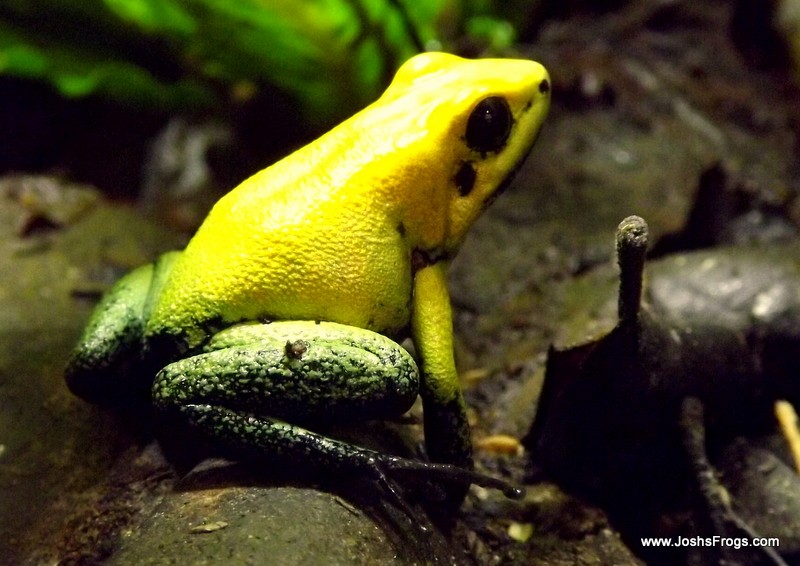 Phyllobates bicolor ‘Green Leg’. These frogs are commonly called the Black Legged Dart frog or the Bicolored Dart Frog.  P. bicolor  are also known as  neari  by native tribes in Colombia. Sometimes,  Phyllobates bicolor ‘Green Leg’  is also known as  ‘Green Legged’, or Green Leg/Legged bicolor. In the hobby, they are sometimes simpley referred to as bicolor. In the past, this species of poison dart frog has been known as  Phyllobates chocoensis  andPhyllobates melanorrhinus.  Phyllobates bicolor  is one of the ‘deadly 3’ true dart frogs (and the second most toxic vertebrate on the planet), which are utilized by native indian tribes in Colombia to poison darts for hunting. Fortunately, bicolor (like all dart frogs) are harmless in captivity, as they get their toxins from their wild diet.

Info and pic from http://www.joshsfrogs.com/