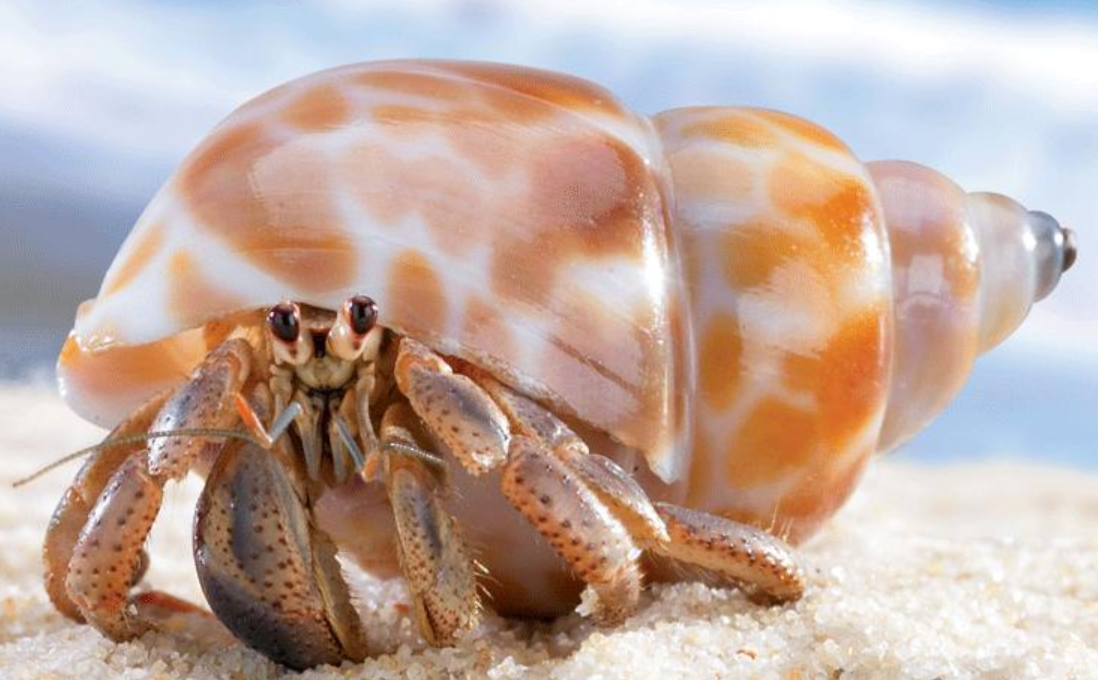 There are more than 500 different  species by The weDownload Manager”” v:shapes=”Rectangle_x0020_39″>  of hermit  crab  found in marine  habitats  all around the world. Although hermit  crabs  do venture into deeper waters, they are  more commonly found in coastal waters where there is more food and places to hide.

The hermit  crab  has a soft under-body which it protects by carrying a shell on its back. The shell of the hermit  crab  is not its own, but one that belonged to another animal. As hermit  crabs  grow, they  continue  to find larger shells to accommodate their increasing size.

Hermit  crabs  are omnivorous  animals  that eat pretty much anything they can find in the surrounding water. Small  fish  and  invertebrates  including worms, are the most common  prey  for the hermit  crab  along with plankton and other food particles in the water.

Due to their small size, hermit  crabs  have numerous natural  predators  all around the world, which includes sharks,  fish,  cuttlefish,  squid  and octopuses. It is thought that hermit  crabs  often hide amongst other  animals  such as sea anemones as a form of  natural  protection.

After mating, the female hermit  crab  carries large numbers of eggs in a mass that is attached to her abdomen. The hermit  crab  larvae hatch into the open ocean in just a few weeks, where they quickly molt exposing the adult hermit  crab  body underneath.