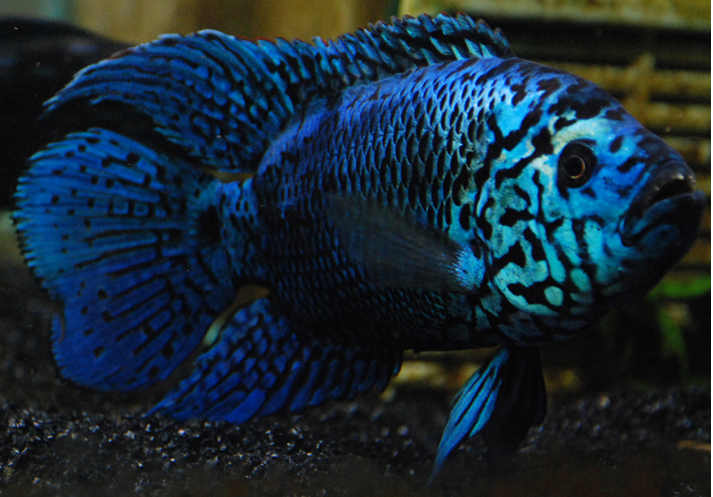 The Jack Dempsey fish is native to the tropical climates of Mexico and Honduras.   This fish is named after the famous 1920\’s heavyweight boxing legend, Jack Dempsey, due it\’s strong and aggressive nature.   They are commonly found in slow-moving waters, such as swampy areas with warm, murky water, weedy, mud- and sand-bottomed canals, drainage ditches, and rivers.   They have also become an introduced species in Australia, the United States and Thailand, where they are known as Mexican Blue Frontosa.

The Electric Blue Acara are typically omnivorous and feed on insects, aquatic animals and crustaceans.   Relatively similar, in captivity, these fish will eat most prepared and frozen foods, including freeze-dried bloodworms, tubifex, and ocean plankton, as well as flake food and Cichlid pellets.