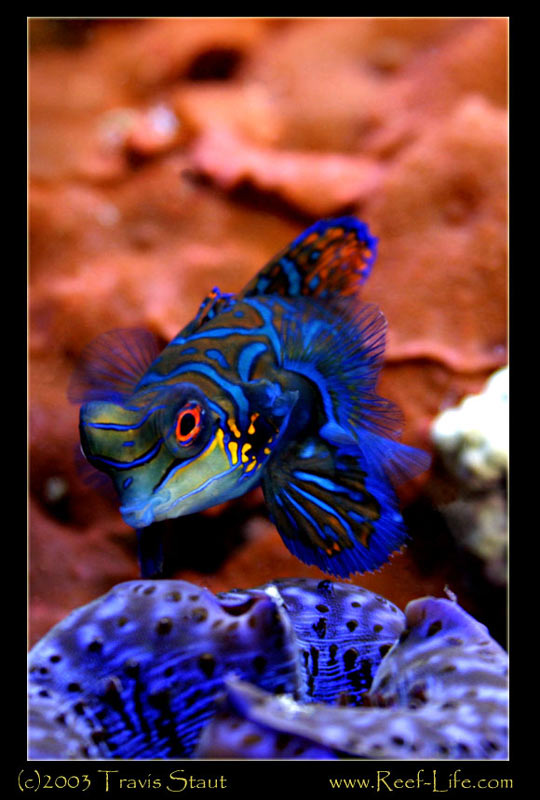 The Mandarin Dragonet can simply not be confused with any other fish.  It has arguably the most attractive coloration and pattern of any commonly kept reef fish.  The scale-less body of the fish is a blue or green color which has orange wavy lines across it.  The tail is bright red with blue edging.  Other colors can be found in the pattern as well.  These fish are also sometimes called Psychedelic fish due to its rather bizarre coloration.  The male Mandarin tends to be larger than the female and has a large pointed dorsal fin that is only occasionally displayed.  Although commonly called Mandarin Goby, they are in fact not a Goby, but rather belong to the family known as Dragonets.
Comes from the Philippine area and westward to Australia.  Found in groups or pairs, often on sandy bottoms between reef crests.
Completely non-aggressive to other fish and other fish seem to pay them little attention. .  Mandarins spend their days carefully checking over the live rock and sand looking for tasty tidbits to eat.
Info and photo by http://reefkeeping.com/