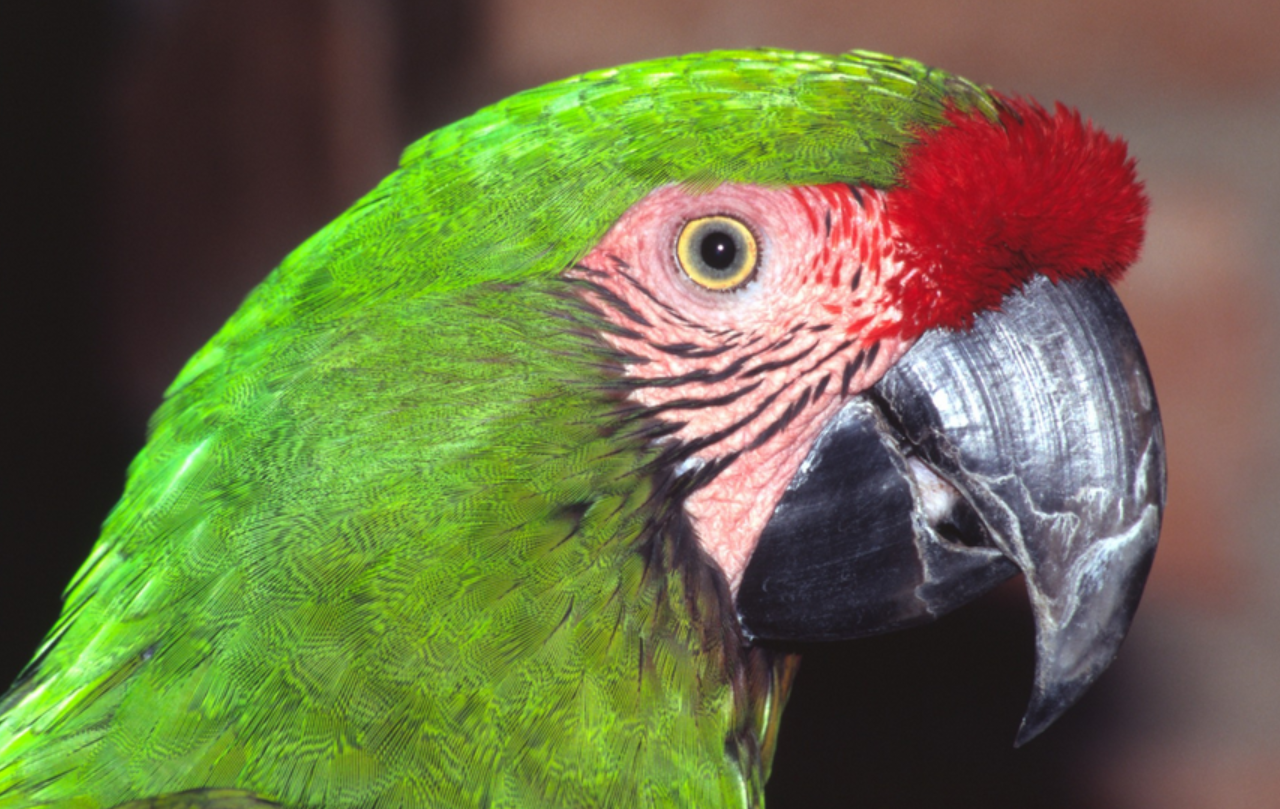 The  Military Macaws  (Ara militaris) received their name when they were first imported into Europe by military personnel; also some suggest that this  species was named for the overall “army or olive green” color of its plumage. At first glance, these parrots may not be as striking as some of their cousins, but these parrots are beautiful nonetheless. They are fun-loving and sociable, and many of those kept as pets have distinguished themselves as excellent talkers.
Military Macaws occupy a massive but fragmented range from Mexico down to Argentina in South America.

They live in pairs, in families, or in large flocks, usually roosting in the highest outer branches of trees or foraging for fruits and nuts. They are usually easily identified even out of sight by their loud screeching and croaking.

They were once very common in Mexico, but are now listed as an endangered  species  due to the clearing of their habitat for agriculture and capture for pets. While the remaining two populations are not endangered, the entire species has been listed on Appendix I of CITES to assure protection of the northernmost race.

BirdLife International classifies this species as “Vulnerable”. The main threats are  habitat  loss and domestic trade. The current population is estimated at 10,000 to 20,000, and is decreasing.

In the wild, their breeding season stretches from about January to March. The female can lay as many as four eggs which are incubated for about a month, 28 days before they hatch. The female is the only one who tends the eggs and the young. Captive birds readily hybridize with related species.