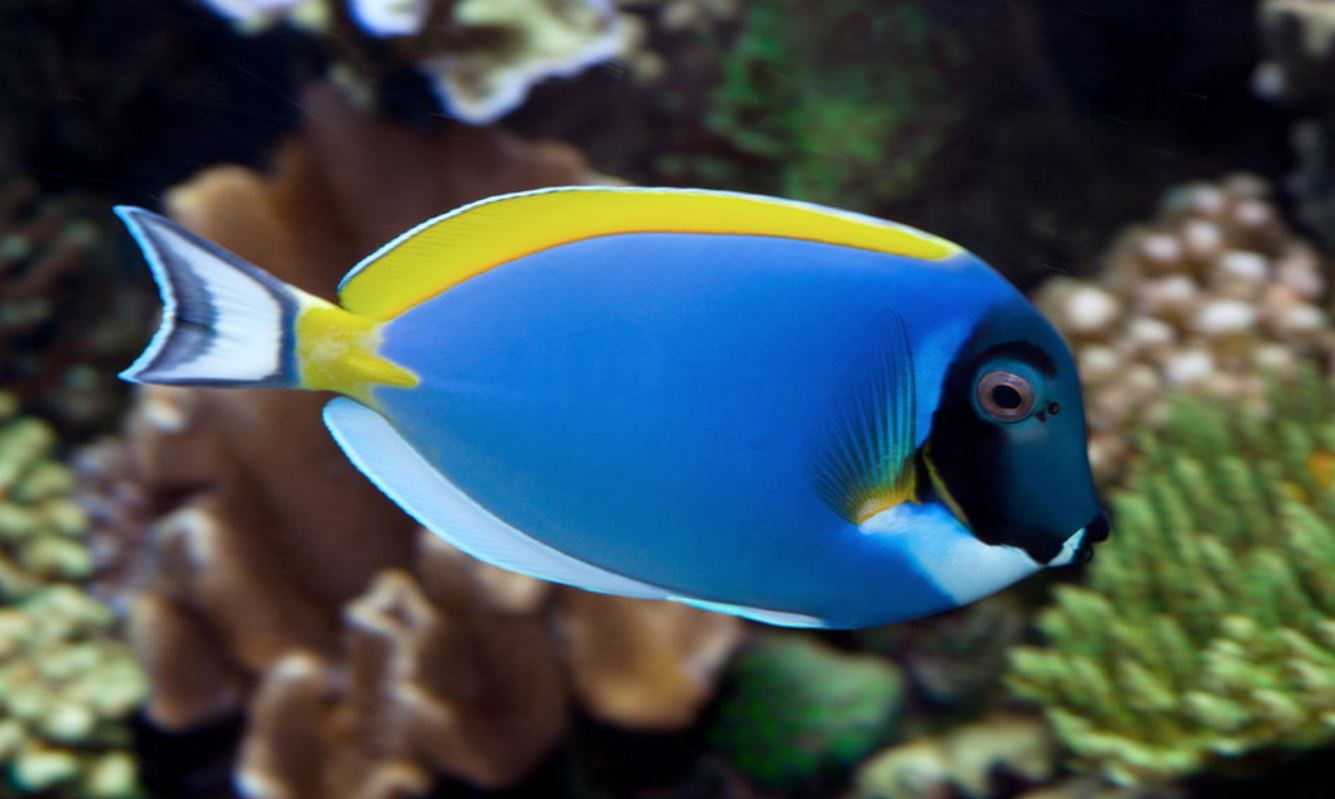 The powder blue surgeonfish (Acanthurus leucosternon) is one of the most beautiful saltwater fish for the aquarium. It is also commonly called the powder blue tang. It belongs to the family Acanthuridae, which includes the tangs, unicornfish, and the surgeonfish. In case you are wondering, surgeonfish get their name from the scalpel-like projection located on both sides of their tail. They reach an adult size of about 9-10 inches (23-25 cm).

In their natural environment, powder blue surgeonfish are found in shallow waters in the Indian and Pacific Oceans. They are often found along coral reefs where they feed on algae. They are sometimes seen in groups or in pairs. However, they don’t do well in groups or pairs in the home aquarium. In the aquarium they are very aggressive toward members of their own species. You should only keep one powder blue surgeon fish in your aquarium or they will fight.

They can be successfully kept in a reef tank. You should provide lots of live rock in their tank.

Because powder blue surgeonfish are herbivores you should have algae growing in their tank. You should also  supplement  their diet with frozen plant-based food for marine fish and dried seaweed. They will also eat meaty aquarium foods for marine fish, but most of their diet should be plant-based.

Powder blue surgeonfish must have good  water quality  and the proper diet to remain healthy. They are somewhat susceptible tomarine ich  and other diseases and won’t survive long without the proper environment and  diet.

Males and females have similar coloration, but females are larger than the males. There are no reports of them spawning in the aquarium.