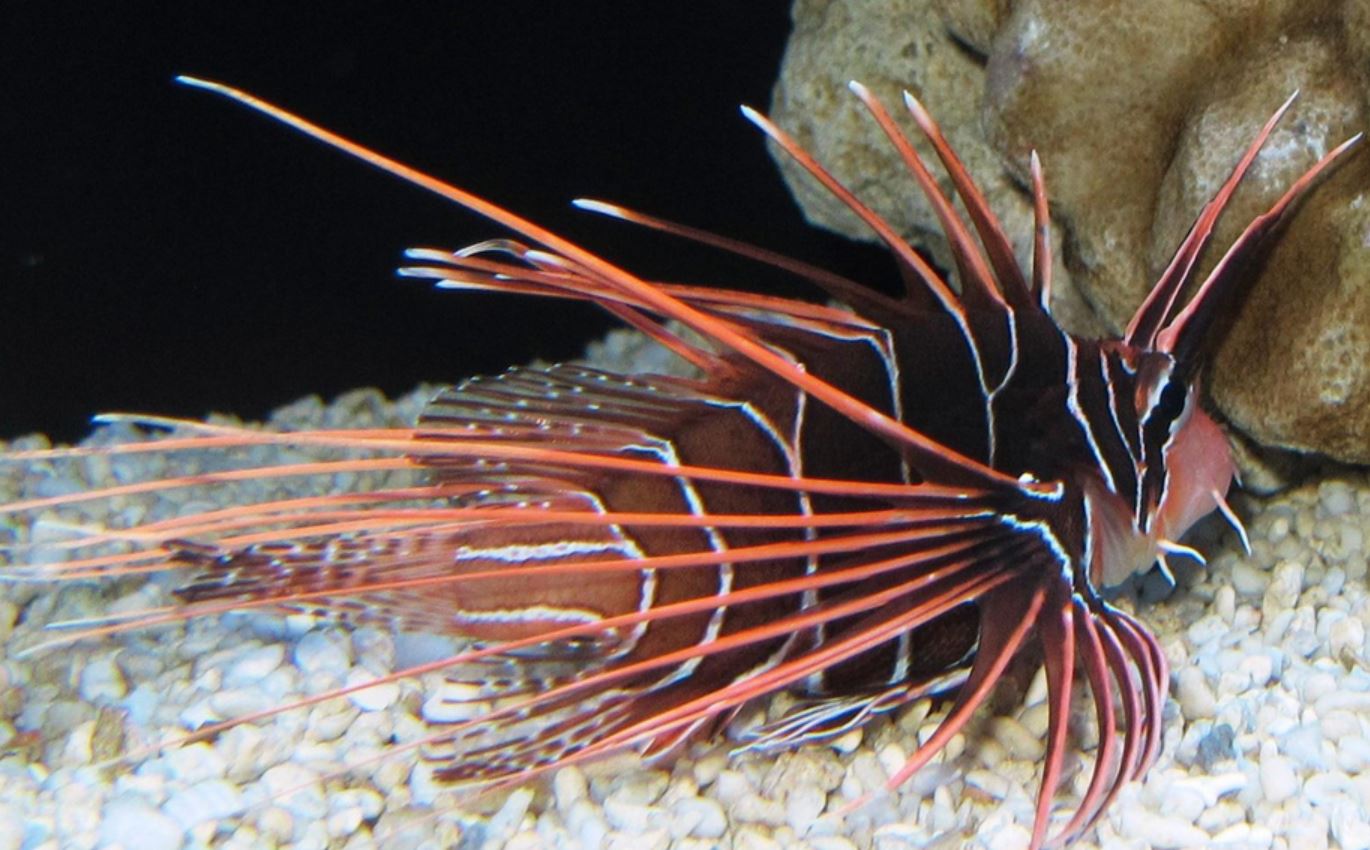 Pterois radiata  has not been evaluated for the IUCN Red List of Threatened Species.

Radiata Lionfish inhabits lagoon and seaward reefs. They have also been encountered in the surge zone and along rock walls. They are especially fond of rocky reefs and seem to dislike stony corals. They like to hide under ledges and in narrow caves and crevices during the day and have been found down to a depth of 30 meters / 100 feet. The Radiata Lionfish spends the days resting in a hiding spot and the nights hunting for prey.

The largest scientifically measured Radiata Lionfish was 24 cm / 9.4 in.

The Radiata Lionfish has long and flowing feather-like dorsal and pectoral fins and in some specimens the fins are webbed at the based. The body is reddish to brownish and decorated with 5-6 thick dark bars separated by pale lines.

The Radiata Lionfish distinguishes itself from all the other lionfishes by having blank spines. It is also the only member of the genus Pterois without any markings between the vertical fin rays and can be recognized by the pair of horizontal white stripes that decorates the tail. It is sometimes confused with the Antennata Lionfish (Pterois antennata), but the Antennata Lionfish has no horizontal lines on its caudal peduncle.