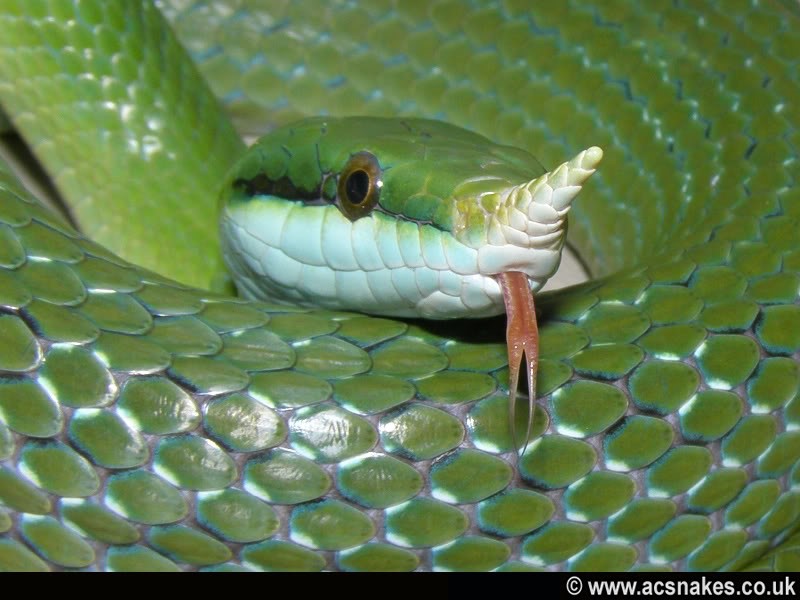 The rhinoceros rat snake, also known as rhinoceros snake, rhino rat snake, Vietnamese longnose snake and green unicorn is a species of nonvenomous rat snake. It has a prominent, distinctive, scaled protrusion on the front of its snout, which has led to its common naming after a rhinoceros and the mythical unicorn.

They are mostly from North Vietnam; it is unlikely to find them somewhere else unless they are transported. They can also be found in China and Gulf of Tonkin. They are arboreal species, which means they usually live in trees. They live closer to mountains near streams and rivers. Rhinoceros rat snakes inhabit subtropical rainforests.

They are mostly nocturnal, hunting small mice and other rodents, birds and perhaps other vertebrate prey. When they are young they usually eat lizards, but they turn into adults they eat bigger things like mice. Something interesting is that they will not eat on their own when they are babies. The mother must feed them and if they are bred in captivity the breeder must force feed them.

Hatchlings brownish grey with dark edges on several dorsal scales. As they mature, rhinoceros rat snakes change color to steel grey at about 12–14 months, then to a bluish green or green adult hue at about 24 months. However, a rare few individuals maintain their steel grey sub adult color and do not pass into ordinarily mature color phase.