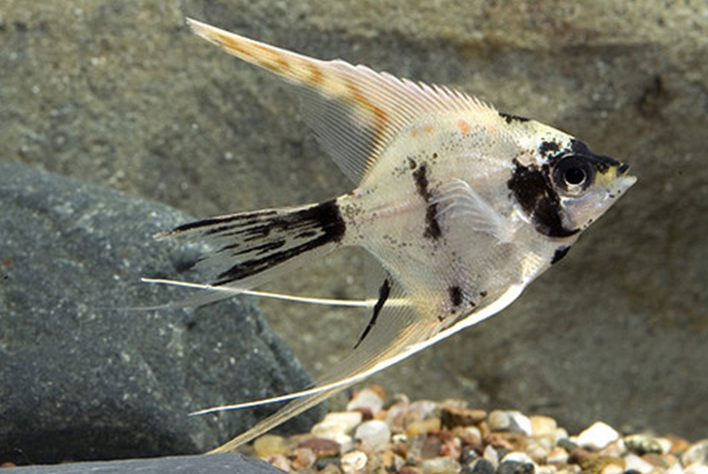 These beautiful fish have bodies that are greatly laterally compressed with round little bodies   This body shape allows them to hide among roots and plants, often on a vertical surface. The Veiled Angelfish are very similar to other Angelfish but are distinguished   by their â€œveilsâ€œ.   The â€œveilâ€ on these fish refers to the elongated anal, dorsal and caudal fins, much longer than those of the standard Angelfish.   The caudal fin usually has some fringing or frill along the edges. Often, the bodies of these Veiled Angelfish are smaller than those of the standard Angelfish.   Due to decades of cross breeding, there are several mutations in the â€œveilâ€ of these creatures.

The Veiled Angelfish are ambush predators and prey on small fish and macro invertebrates in their natural habitat.   They are omnivores, so in addition to their taste for meat, they also enjoy their vegetables as well.