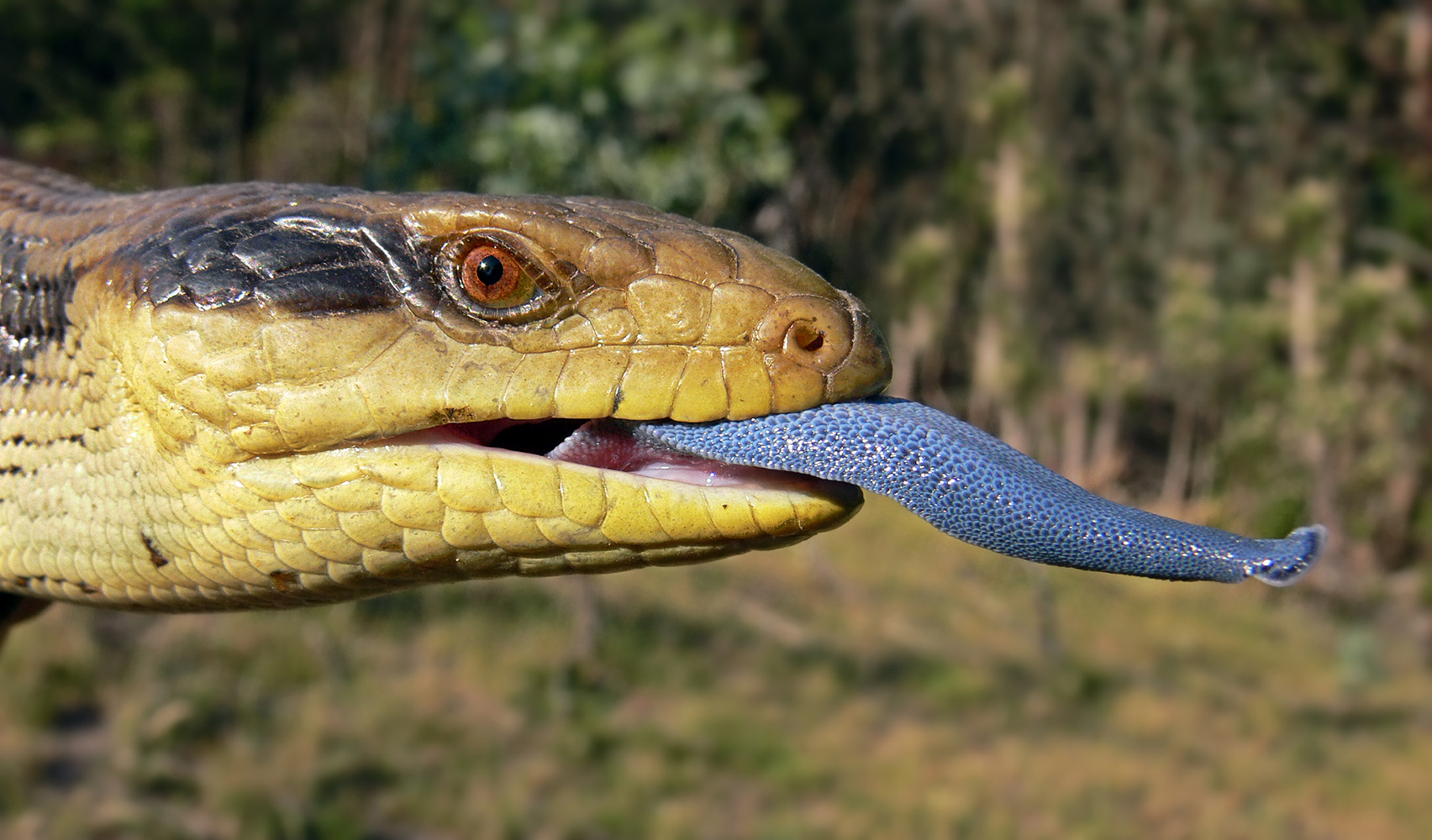 The eastern blue-tongued skink can be found in coastal and montane woodlands and forests, to less arid parts of the Australia’s interior.

The common blue-tongued skink is a diurnal, ground-dwelling lizard. It has a broad, flat body, short limbs and tail, and smooth, overlapping scales which help to keep out dirt, sand and other debris. The smaller subspecies, the eastern blue-tongued skink, is pale silvery-gray to brown on top, with a series of irregular, dark brown cross bands on the upper surface of the body and tail. The cross bands frequently have small, white, dark-edged spots. The larger subspecies, the northern blue-tongued skink, is darker brown on top, usually with pale cross band markings on its back.

The common blue-tongued skink spends the majority of its day searching the ground for food and basking in the sun. At night it seeks shelter in logs, leaf litter or other ground debris. Although a normally shy and docile animal, when disturbed it will stand its ground and present a formidable appearance. Puffing up its broad, flat body, it can transform itself into a larger, more threatening opponent. Opening its bright, pink mouth and thrusting out a startling blue tongue, it will emit a loud hiss. Although a blue-tongued skink has no well defined teeth, it is capable of a powerful and painful bite, and will tenaciously hang on to its adversary. A blue-tongued skink can make a hasty retreat, and if grabbed from the rear by a predator will shed its tail. The lost portion of the tail will eventually grow back.